K2HDKC is a highly available and scalable distributed KVS clustering system and also feature many useful and unique functions.

We provide suitable K2HDKC installation for your OS. If you use Ubuntu, CentOS, Fedora or Debian, you can easily install it from packagecloud.io. Even if you use none of them, you can use it by Build by yourself.

this functionality is derived from the Sub key function of K2HASH.

Automatic Merge is a processing mechanism that restores data consistency of a server node returning from the down state or suspended state to the normal state.
Note: The suspended state means the K2HDKC process is dead. 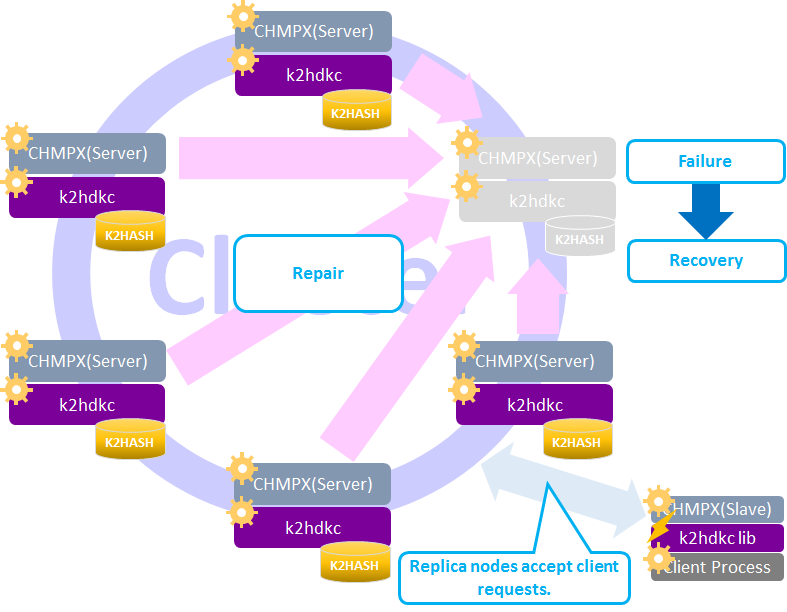 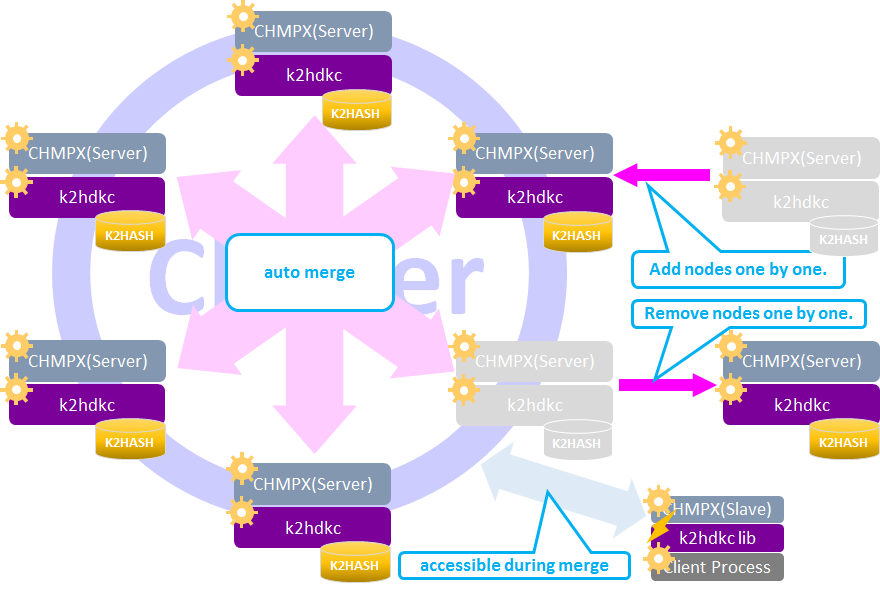 K2HDKC determines the locations of keys in the cluster by calculator of keys and the number of nodes in the cluster. K2HDKC has no mapping of range and node though K2HDKC’s partitioning scheme relies on consistent hashing like Riak or Cassandra. When a new node is added to the cluster, K2HDKC detects the keys to be relocated and copies them to their locations.

Let’s see the flow to move data when increasing nodes in the cluster.

Let’s see how data moves when decreasing nodes in the cluster.

K2HDKC supports nested key data structure which means K2HDKC can store a key-value pair and a nested key-value pair. This functionality is derived from the Sub key function of K2HASH. 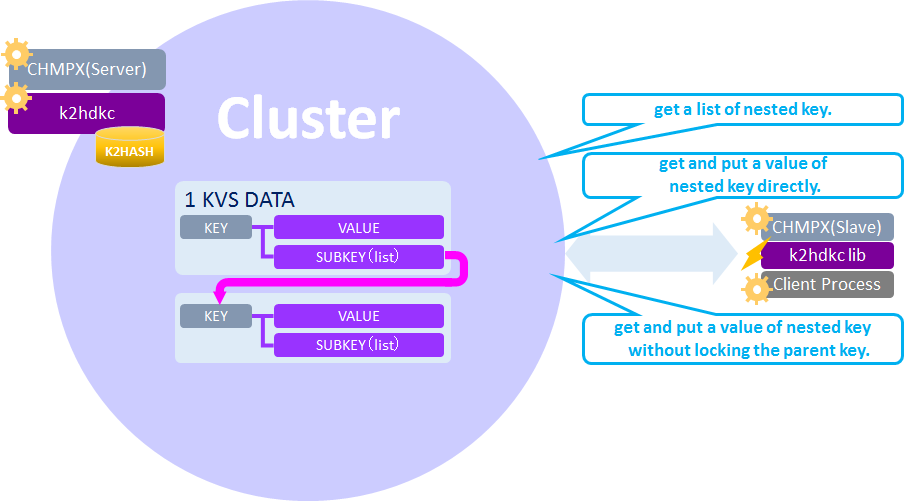 K2HDKC supports CAS(compare-and-swap) operations by using K2HASH and other mutex functionality. K2HDKC updates a value of a key after reading the current value of the key to check if it matches the expected one. Typical use cases of CAS operations are increment or decrement a counter, updating a mutex data item and so on.

K2HDKC supports data encryption which is also a K2HASH’s function. This is the reason why K2HDKC can securely store and manage sensitive data.

K2HDKC supports data expiration. K2HDKC deletes data with exhausted time-to-live. A typical use case of this function is some kind of a cache system. The K2HDKC’s data expiration functionality comes from K2HASH.

K2HDKC can invoke user defined functions which is defined in K2HASH’s k2htpdtor or custom transaction plugins after data has changed(k2htpmdtor) when changing data.